This weekend, I remembered just how tough it can be to solve marriage problems.

Here’s what sparked the conflict:

Kalee’s family had invited us to their church’s annual Thanksgiving dinner, which started at 6:00 PM on Sunday. Everything was fine until Sunday afternoon when her mom informed us that she wanted to get there 45 minutes early to make sure we got a good table and had plenty of time to chat with friends. My wife wanted us to go with them at the same time.

That’s exactly what I did. I complained.

“There’ll be plenty of time to talk to people after we’re done eating,” I said.

I complained, I put up a fight and I didn’t apologize – eventually my wife got mad enough that she stormed out of the house and went to her parents’.

That’s the problem; what did I do to fix it?

As you continue reading, you’ll learn the simple 3-step thought-process I used to solve this specific marriage problem, but first…

Let’s get this clear from the start – I don’t believe that communication is the “core” of marriage.

Communication is a skill. And as with any skill, being good at it comes in handy sometimes. You can use it to solve problems.

Most importantly, being a good communicator is part of being a good leader. It will make you grow as a man and get more of what you want.

The problem solving advice you’re about to read is straightforward and to the point. It isn’t anything like the typical, run-of-the-mill clichés that are most commonly thrown about. After all, heartfelt communication is a lot more than ‘being a good listener’.

In my marriage, I typically work through these three steps:

As you continue reading, you’ll learn how I applied each step to the Thanksgiving Dinner Problem with my wife.

What Am I Really Saying & Why Am I Saying It?

To me, I thought all I was saying is that I didn’t want to get to the Thanksgiving Dinner early. To me, getting there early meant sitting around for 45 minutes waiting to eat.

See, throughout my childhood and adolescence I absolutely hated “family time”. I did everything in my power to avoid it. Not only because “family time” usually meant conflict, but also because I’m an independent introvert and my idea of a good time is playing video games with a hot cup of coffee.

The real reason I didn’t want to go to the Thanksgiving Dinner wasn’t because I couldn’t stand the thought of being bored; it was because my gut-level reaction to family time is to avoid it at all costs. Being asked to spend extra time with extended family just isn’t something I naturally want to do.

Awareness is the first step in solving any marriage problem. Just by being aware that I have a natural aversion to family time will make it easier in the future to prevent the same problem from happening.

After reflecting on why I said what I said, the next step was to put myself in my wife’s shoes and figure out what she was hearing.

What Is My Wife Hearing & What Does She Want?

Did my wife really care that much about getting to a dinner early enough to guarantee seating?

This is a key step to solve any marriage problem – Ask yourself, “What is my wife hearing through my objections?”

Even though the only thing my words were saying was that I didn’t want to go to dinner, what I was really telling her was that I wasn’t willing to make a sacrifice for her. I was saying that my time and what I want to do with it was the most important thing to me.

And, just think about it from her perspective…

If I was this resistant to leaving a little early for a family dinner, did that mean I would always throw a fit when she wanted us to spend time with her family?

She had no reason to believe it would ever be any other way, especially because this wasn’t the first time I’d been resistant to spending time with her family. 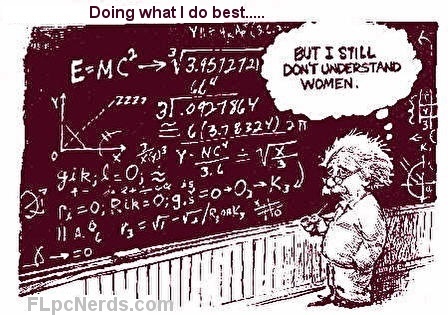 Real quick, here’s what each of these terms mean:

Applying those to the Thanksgiving Dinner Problem, here’s where we’re at…

The surface conflict in this situation was that I didn’t want to get to a dinner with my wife’s family any earlier than we absolutely had to. My wife did.

From my end, the real root problem was that I have a gut-level resistance to family time. It’s hard for me to get excited about it. I had to identify that root problem and take conscious steps to correct it.

From my wife’s end, she was frustrated that this conflict was becoming a problem pattern… If I was being selfish and apathetic about this one little request, how would I react when she wanted to go on a longer vacation with them or something in the future?

She’s thinking, “Will it always feel like pulling teeth to get me to spend time with her family?”

Back to the Thanksgiving Dinner…

What did I do to resolve not only the surface conflict, but also the root problem and the problem pattern that my wife worried was forming?

All it took was one text message. After cooling off and spending about half an hour reflecting on what happened, this is the exact text I sent to my wife:

See what I did there? I effectively combined everything in this post into a single text message. I…

Again, I couldn’t have arrived at any of these conclusions unless I’d worked through the mental process outlined above. You have to be able to think in order to communicate, and you have to communicate to resolve conflict.

What was my wife’s response? Check it out:

See?
You CAN Solve Marriage Problems

Being a leader doesn’t mean you never apologize. It means that you apologize the right way when you do.

Keep in mind, the process I outlined above isn’t the only way to solve marriage problems. But, if showing you how my mind works when I’m solving a problem helps you do the same, then I’ve done my job.

3 thoughts on “The Thanksgiving Dinner Problem & How I Solved It”