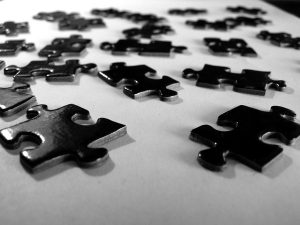 Are you suspicious that your wife is having an emotional affair?

If you have a sneaking suspicion that your wife is being intimate with another man, then this article will help you discover the truth.

As you continue reading, you’ll learn the most common signs of an emotional affair.

You’ll also learn the “why” behind these common emotional affair warning signs, although of course there’s much more of that kind of information in Emotional Affair Recovery 101.

I’ll give a disclaimer here that any one of these emotional affair signs can have an alternative explanation… For example, Sign #1. Increased Emotional Distance doesn’t necessarily mean an emotional affair by itself, and neither does Sign #3. Deliberately Secret Communication. But, if you notice both of them together, an affair is the most likely explanation.

In other words, the point of these signs is that the best way to find fire is to start looking for smoke.

You’ll understand more about what I mean as we progress through the various signs, so let’s go ahead and get started.

Please note the important word here… The emotional distance between you and your wife will increase when she starts having feelings for another man.

In other words, if there’s been emotional distance between you and your wife for a long time, then this emotional affair sign is less reliable. However, it’s still relevant if things seems to be getting worse.

Each spouse has a Love Glass that you use to hold your affection. Each day, you can only pour your Love Glass until it’s empty… You only have a certain amount of love to be poured out. Once it’s gone, it’s gone.

An emotional affair effectively pokes a hole in the bottom of your wife’s Love Glass. Suddenly, you’ll notice that she has almost no affection left for you because her extramarital relationship has drained it all away. Since your wife only has so much love to give, she can’t keep giving you the same amount if she’s also giving her heart to another man.

Furthermore, your wife will subconsciously create emotional distance between the two of you and then likely blame you for it… She may justify her own unfaithfulness by saying things like, “You weren’t affectionate enough,” or, “You never pay attention to me.”

As always, the best way to use this emotional affair sign is in conjunction with the others. There definitely is a reason behind your wife’s sudden emotional distance… But it doesn’t have to be emotional cheating. Just keep reading to find out more.

I could almost have included this in the first sign of emotional infidelity, because the two are very similar and the same rules apply to each of them. In other words, just because you and your wife are experiencing the reality of a sexless marriage doesn’t necessarily mean she’s involved in an emotional affair.

It’s like Newton’s third law of motion, the one about cause and effect. In your case, the lack of intimacy is the effect… You just don’t know the cause yet. However, decreased sexual desire for your spouse is definitely one of the chief side effects of emotional cheating.

Here’s where we start getting into the more concrete signs of an emotional affair.

I get a lot of emails from Husband Help Haven readers, and I’ve probably read a hundred different stories from men and women who suspect an emotional affair.

In all of the ones where the suspicious spouse has noticed secretive communication with some unidentified person, there’s only been one case – literally, one single time – where it wasn’t an emotional affair… And even then, it was clear that an emotional affair was in the works.

Even if it’s not an emotional affair, though… If your wife is deliberately hiding a friendship from you, that’s an inappropriate breach of the trust needed for a happy marriage. Anything your wife is doing that she feels the need to hide is probably taking away from your marriage’s potential.

Here are some more specific examples of a spouse deliberately hiding communication:

Again, taken independently there could be a good reason for any of these, but taken with the other emotional affair signs in this post, you should probably be suspicious.

Sign 4:
Very Frequent Communication with a Friend or Coworker

Since most women won’t acknowledge that they’re doing anything wrong – certainly not having an affair – she may not be taking extreme measures to hide her extramarital relationship. One of the most common warning signs of impending emotional cheating is more frequent communication between your wife and this other man.

If it seems like she can’t stop texting another man, that’s a red flag.

For example, here’s one example I found on TalkAboutMarriage.com (names changed for anonymity):

Brad’s wife, Jenny, had a close high school friend who she’d kept in touch with over the years. Nothing serious, just an email every month or two, maybe a phone call a couple times a year.

Well, this old high school friend came in town for a business trip and ended up having lunch with Jenny. Twice. John thought nothing of it; he was just glad his wife was happy. But, after her friend left town again, things changed – Jenny started having extended phone conversations with him three or four times a week, and it seemed like they were constantly texting each other every day. Not to mention the long, daily emails.

Being a good husband, Brad tried not to be suspicious, until…

One day Brad happened upon Jenny’s phone and saw an unread text message. He couldn’t help it… He peeked. He discovered that Jenny had been sharing intimate details about their marriage (including their sex life) with her old high school friend. Not only that, she’d also been raving to the other guy how good it was to see him and how much she missed him. Worst of all, she was trying to arrange face-to-face contact again… Even if it meant sneaking out of town!

When he confronted Jenny, she denied that anything was going on, but you tell me… This “friendship” put a strain on their marriage. Instead of discussing marriage problems with Brad, Jenny was venting them to this other guy with no goal other than getting his attention.

Fortunately, in this case Brad was able to show Jenny how and where she crossed the line and what that meant for their marriage. She agreed that she’d acted inappropriately and recognized her breach of trust. She immediately stopped contact with her old friend and her marriage with Brad was soon stronger than ever.

It’s a sad story with a happy ending.

If your wife is unwilling to let go of a friendship that you fear may become an emotional affair, that’s a clear sign she values this other man’s attention more than she values your own.

As you learned earlier in the series, back in What Is an Emotional Affair, the psychological state that becomes dominant during an emotional affair is called Limerance. It’s similar to infatuation; it means that your wife is highly attracted to another man and obsessed with having him reciprocate those feelings. She’s literally desperate for his attention.

Now, I am the last one you will ever hear using psychology as an excuse for actions. Please do not misinterpret what I’m saying! I’m telling you this so that you can be clear… If your wife is unwilling to let go of a “friendship” for the sake of your marriage, that means attraction is playing a role.

You Have the Most Common
Emotional Affair Signs…

Hopefully you have a good idea whether or not your spouse is committing emotional infidelity. Between these five emotional affair signs, it should be pretty clear.

In the end, trust your gut.

If it feels like there’s something your wife is hiding, there probably is.

The worst thing you can do is sit around waiting for this to resolve itself. Don’t be afraid to bring things out in the open, although of course I recommend you read through the rest of Emotional Affairs 101 before you do.

In particular, I recommend you read about surviving an emotional affair. It’s for men like you who find themselves facing emotional infidelity without any clue what to do.

Whatever you do from here, thanks for reading! I sincerely hope that these emotional affair signs convinced you that your wife is innocent.

16 thoughts on “Emotional Affair Signs – Does Your Wife Love Another Man?”