What is an emotional affair? 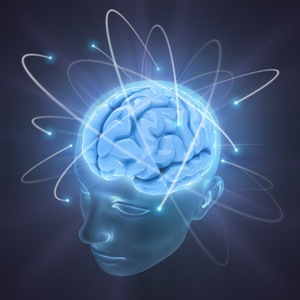 To put it simply, an affair of the heart.

It’s when she feels closer to another man, and therefore gives him more attention, than she does you.

Did you know? Emotional cheaters rarely feel guilty for their extramarital relationship.

You’ll often hear excuses like, “I wasn’t cheating; we never even touched each other!” But as you now know, that’s the very definition of an emotional affair. And the word “affair” is used to describe this type of relationship for a reason… It breaks the boundary of marriage.

Even if the body remains monogamous, the heart does not.

We’ll talk more about the effects of an emotional affair vs physical affair later in this article. You can scroll down if you’re in a hurry. Otherwise, just know that an emotional affair is devastating because it divides your wife’s attention and it forces her to lie. She’s only got so much love-juice to go around; if she’s giving sips to another man, there’s less left for you.

Many times it goes even further… An emotionally unfaithful wife may complain about you to the other man. In her heart, she’ll blame you for making her seek emotional affection outside of the marriage. And you can bet that he’ll be right there encouraging her.

In fact, let’s talk more about how your wife is thinking right now.

The Psychology Behind an Emotional Affair

Psychologists use the term Limerance to describe what’s going on in your wife’s mind right now.

Limerance is defined as an involuntary state of mind in which your wife feels an overwhelming desire to have her own feelings of attraction reciprocated by the other man. It involves the type of intense joy and passion characteristic of a budding relationship… More commonly known as “the honeymoon phase”.

Another word to describe this state of mind might be infatuation. However, infatuation is by definition short-lived, whereas limerance can last as long as the relationship remains unfulfilled… In other words, until they have sex.

It also explains why your wife won’t want to give up her relationship with the other man. She’ll give endless excuses why they should be allowed to continue their relationship as “friends”, even if she concedes that it’s already gone too far.

It’s probably no surprise that most emotional cheaters believe that their relationship is harmless.

Did you know? Psychologists, marriage counselors and other experts in the industry consider that an emotional affair is actually more damaging to a marriage than a casual sexual encounter or one-night stand.

However, emotional affairs are less damaging than full-blown physical affairs because those typically involve all of the worst elements of emotional infidelity anyways.

The reason that emotional affairs are more damaging than a casual physical affair is because the hardest part of surviving an affair is the rebuilding of trust. In other words, most folks recover from the shock of extramarital sex before they recover from the deception involved.

Look at it like this… Can you more easily empathize with scenario 1 or 2:

I’ve seen this same trend myself in the men that email me and in the men I interact with on popular marriage forums.

So, what is an emotional affair? It’s heart breaking… That’s for sure.

How Friendship Turns Into Emotional Infidelity

According to our emotional affair definition, they almost always start as an innocent, platonic friendship. Then, over time the emotional bonds grow stronger and stronger while the cheater continues to deny the romantic nature of the relationship.

In general, an innocent friendship turns into an emotional affair the moment that your wife shares information with her friend that she wouldn’t share with you.

This is how an emotional affair usually develops:

Your wife has a few innocent conversations with the other man. She finds that she likes talking to him because he shares her sense of humor and he “gets” her.

The right thing to do is to back off the friendship at this point. In a marriage, there’s no room for intimate private friendships with the opposite gender, no matter what our liberal, divorce-friendly society might say otherwise.

Their conversations become more frequent and permeate into her private life. She will start meeting him for lunch, or emailing him regularly, or texting him or contacting him on Facebook… Or all of the above. Flirting ensues. A romantic undertone begins developing in the relationship.

At this point, what they’re doing together isn’t nearly as bad as the fact that your wife is hiding the extent of this relationship from you. Even if she doesn’t feel guilty, even if she doesn’t feel like she’s cheating, she does hide their intimacy and wouldn’t want you involved in their private conversations.

Remember, secrecy is what defines an emotional affair and distinguishes it from a platonic friendship.

She realizes how much she enjoys talking to him and being around him. She doesn’t want to end the relationship, even if she starts feeling a twinge of guilt. She shares intimate details of her life with him, including her hopes, dreams and challenges.

This is also where she’ll start sharing her marriage problems with him instead of bringing them to you, making it more difficult for your relationship to recover.

In her mind, she has become completely dissatisfied with her marriage and acknowledges – both to him and to herself – that she wants him more than you. She’ll start actively complaining about you to him and he’ll offer emotional support. She’ll complain about the sexual inadequacies in your marriage, or she’ll share her sexual fantasies with him.

By now there may be some physical affection, but no sexual activity. That being said, you could probably pluck the sexual tension in this relationship at this point. If she’s made it this far, it’s only a matter of time until…

~~~~~ The last line between emotional and physical cheating ~~~~~

She finally gives in to the sexual chemistry that she feels between her and this other man. It may be as mild as a kiss or as dramatic as full-blown sex, but one thing is for sure… It will be passionate, and she will want more of it.

Her emotional affair has now become a physical affair.

If this is you, I’m very, very sorry.

Keep in mind that this is a fairly basic progression from friendship to emotional affair to physical affair, so your mileage may vary, as they say.

One thing is very important to note about this though:

There’s only one step before a friendship is in danger of becoming an emotional affair.

Everything past Step 1 could be considered borderline emotional cheating, although the earlier steps are naturally easier for your marriage to come back from than the later steps.

I guess in the end, if I had to choose one word to answer the question, “What is an emotional affair,” it would be…

This article is the introductory part of the Emotional Affair Recovery 101 guide, because it answers the most basic question of what is an emotional affair.

Whatever you do from here, thank you so much for reading and I wish you the best of luck.

6 thoughts on “What Is An Emotional Affair?”