I was looking in the mirror this morning and I realized something:

I'm not saying I need to book two airplane seats or anything. My wife still tells me I'm handsome. The problem is, that always-critical scale tells me I've slapped on 45 lbs over the past five years.

5 more years of this? I'll be genuinely obese.

By my late 30s, that 45 extra pounds will have turned into an easy 100+ pounds on the scale. Before I know it, the dreaded three hundo will be in shooting distance.

And you know what's weird? My diet has stayed mostly the same for the past 5 years, but I'm gaining weight faster than I ever have. The last 10 lbs got added on twice as fast as the 10 lbs before it.

Honestly, I’m glad I realized it. It’s easy not to.

In fact, as I stood there looking at my undeniably chubby body staring back at me in the mirror, I realized something:

Losing your marriage is just like getting fat
And here's why:

The two outcomes follow the same process. The exact same mistakes are made in both scenarios, happening often enough for long enough that they add up to dire consequences.

Note: I'm not trying to compare the pain or difficulty of losing weight to marriage crisis; there's no comparison. Instead, we're looking at the avoidable bad decisions that often lead to both outcomes.

It starts when you get lazy...

If you're like most guys, you started your relationship as a really good boyfriend or fiance. We all courted our wife at one point. After all, she fell in love with us, right?

Yeah, maybe it was easier because there was less "stuff" going on in your life, but you still cared about what she thought about you. You always looked forward to your time with her.

There aren't immediate consequences for this laziness. It just slowly becomes the norm. Somewhere along the way, you stop trying. You stop prioritizing your marriage and your wife's feelings.

You see some small, early warning signs, but you ignore them

As time goes on, as the laziness becomes a habit, you start to notice a few extra pounds on the scale. Enough to add up to something you can see in the mirror.

You’re not getting out of shape. You’re right where you’ve always been. You’re just maintaining.

You have nothing to worry about - you'd never be one of those guys that let's himself get fat after getting married. You're not a frickin' stereotype, c'mon. That’s not you.

You know you’re not doing the things you used to, but you still see yourself as the best you’ve ever been.

You tell yourself that you’re a good husband. You always have been and you always will be.

Eventually, there comes a day where you are forced to look in the mirror and admit it...

You ain’t what you used to be, bud.

Those love handles that have started bulging out under your shirt every time you sit down?

Those weren't there 5 years ago.

“It’s okay! I’ll fix it. Just a couple months of work and I'd be right back where I was. I’m not one of those guys. I’d never let that happen.”

You know you need to put more work into your marriage. You know there are some changes you need to make in yourself as a husband, and if you put your mind to it, you can maintain those changes for a week or two.

... But the laziness always creeps back in.

Your priorities slowly re-align with your marriage lower than it should be.

You tell yourself, "Yes! Of course I'm going to start working out, but I can’t today... I've just got too much to do. It doesn't make sense right now. Once [insert the "thing" you use an excuse] is over with, THAT’S when I’ll fix this problem.”

Before long, that "thing" is over with, but then another "thing" pops up...

Who could have possibly guessed it – you’re still busy!

You can’t make your marriage a priority right now, you just don’t have time. You can't make meaningful sacrifices for your wife right now, but you'll make it up to her later.

It’s not like you were a bad husband, per se. You were just focused on other things, ya know?

Okay, if you can't maintain BIG changes, how about small ones? 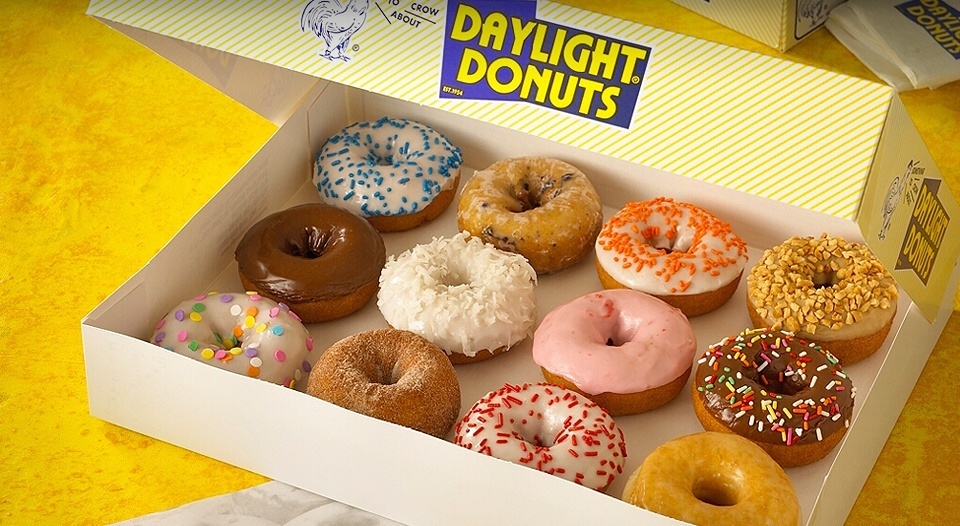 Okay, so it's been a couple years and a couple unused gym memberships... Clearly this whole exercise thing isn't going to happen right now. Let's figure out something more realistic.

What about a diet, you ask? Well, that takes time to figure out, and who has the extra time to make new shopping lists...

That dozen donuts I buy for the family (ie. me) every week? I’ll only get those every other week now.

You figure out some little adjustments you can make and things seem to get a little better, or at least they've stopped getting worse.

In marriage, this often means working on communication. Or going on dates. Or conceding to seeing a marriage counselor.

Things slowly go back to how they were.

You’re still looking in that mirror every day after you shower. Not much has changed. You still get those donuts every week… Couldn’t even stop that.

Life is still busy. Your body just isn’t a priority. Heck, your overall health isn’t even a priority anymore – not with bills to pay! Not with this and that and the other thing to worry about!

You'll fix your marriage later. It's become your mantra.

But then it happens:

One day, you find yourself hopelessly staring up from the bottom of a deep, dark hole that you dug yourself...

The day finally comes where you are forced to realize…

You’re not still in good shape.

You’re marriage is not what it's always been.

It's much, much worse.

You’re in the worst shape you’ve ever been. And there’s no sign that it’s getting better anytime soon.

For me, the day I realized how far I've let myself go was the day I saw 215 on the scale. That's the cut off for the "heavyweight" class in wrestling. That was this morning.

You look in the mirror - oh how many times have you been here before - and your heart sinks as you realize that you've made the same mistakes over and over and over again.

The man you see looking back in the mirror?

Turns out, he's one of those guys.

One of those guys that let himself stop caring...

One of those guys that had it all, but didn't work to keep it...

One of those guys that should have seen it coming, but didn't...

One of those guys who thought it couldn't happen to him, but it did...

And as you stand there in the thick of this realization, you know in your heart that you’re not paying the consequences for your mistakes today, or last month, or last year…

You’ve been making mistakes this whole time; today is just the day the piper came to be paid.

You’ve said you’d fix it and haven’t so many times that you can no longer deny it:

If you don’t something BIG, if you don't make changes NOW, then it’s going to keep getting worse.

You know first-hand that the longer you wait, the harder it is to fix.

You are faced with the realization that one day, it will be too late to fix this problem

Looking in the mirror today, I realized that there will come a point where I will lose the ability to get my body back, both aesthetically and physiologically. I'll either be too old, too weak, too sick or dead.

When marriages fail, there is always one day where it becomes clear to both spouses that the relationship is falling apart, and that if drastic, permanent changes don't happen soon, divorce will become a reality.

Part of you is scared that you're already past that point.

Not all is lost until the papers are signed, but the clock is ticking.

And on that day, you have to make a decision...

Do you do something NOW?

Do you do something TODAY?

Do you put your foot down and refuse to let this laziness in your heart continue any longer?

Or do you give up.

Because now you realize that there’s no area in between.

Guys, this message is what was on my heart this morning. And you know what? Today I went to the gym for the first time in months. That downward spiral I'm on towards fatness? It ends today.

Yes, I've done this before, I've been here before, I've made and cancelled gym memberships before and that means that I can't trust this change in myself yet.

But I know what I have to do - I have to wake up tomorrow and fan this flame all over again. I have to make the decision to commit, and I have to keep making it over and over again until it comes naturally.

Same goes for your marriage.

Leadership doesn't come naturally or instantly to most men.

You have to wake up tomorrow and fan this flame all over again.

Trust is rebuilt with consistent trustworthiness demonstrated over time.

So, if you're working to save your marriage, keep going. Keep caring. Keep trying.

Ready to become the best husband you can be? Start with 10 Steps to Gain Husbandly Leadership. You can pay whatever you want for it, and I guarantee it will help you start stepping up inside your marriage.