No husband is ever "prepared" for his wife to want out of the marriage.

After all, if you knew your wife would one day want out of the marriage, you'd have made changes to stop it a long time ago, right?

In this post, we're going to overview the most common BAD leadership strategies that I see from men who come to Husband Help Haven.

At least 90% of the men Inside the Haven started out making one of four crucial mistakes in their marriage. These aren't just specific "things" that most men do wrong, they're the overarching strategies that most men use - consciously or not - once their wife wants out.

What About The Good Leadership Archetypes?

This blog post is directly taken from the video in Lesson 2.2 of Peace & Control, my course for men going through separation.

In the course, we also look at the three most common "good" leadership styles that I've seen the most men use to save their marriage. And whether you save your marriage or not, the "good" strategies enable you to walk into the next chapter of your life with head held high.

So! If you like this post, be sure learn more about Peace & Control - it will likely be a good fit for you.

“Please don’t leave me, I need you.
One more chance, please. I love you!”

When this type of husband is told that his wife wants out of the marriage, he has one simple reaction:

He holds on for dear life.

Being The Clinger feels like you’ve leaned too far back in your chair and started to tip backwards… The moment you realizes you’re falling, you spring into action, flailing around and trying to grab onto anything you can reach.

You’re frantic, desperate, and you’ll “do anything" to get her back. 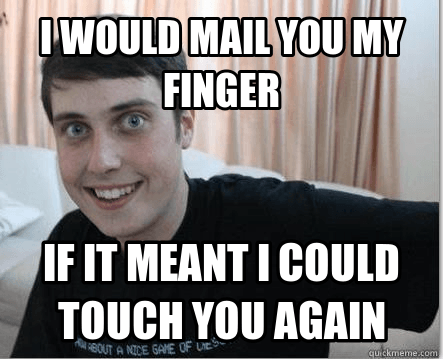 The Clinger usually displays a few key behaviors that he believes will help the marriage stay afloat:

The more The Clinger’s wife pushes him away, the more desperately he tries to hold on.

Generally, your wife will have one of two reactions to this type of clingy behavior:

A. She will pity you and feel bad for you that you’re so hurt (but she knows your clinginess is selfish)

B. She will resent you and push away and every time you cling to her she will spike you right back down to the ground harder than a pro volleyball player on steroids (see diagram above)

Either way, she will be repulsed. She will NOT be attracted or enticed by your clingy behavior. Instead, it will drive her away and validate her decision to leave.

This type of husband is completely unpredictable during marriage crisis. He goes back and forth more than his wife does, swinging between two extremes on a daily or even hourly basis.

This man is ruled by his emotions in the moment. Since your emotions are going to be all over the place during marriage crisis, this is a dangerous place to be.

Some defining characteristics and behaviors of The Madman include:

Above all, the Wildcard is one thing: unpredictable.

By now, you know that one of the most important things to do during any separation is to focus on what you can control. The absolute best thing that you can be doing right now is making the most of the things that are under your control.

The Wildcard is the most likely archetype to fall into for men who have preexisting issues in themselves outside of the marriage troubles they’re facing. For example, I’ve seen many Wildcards driven by alcohol or bipolar or anxiety. These are men who naturally have very poor control over their emotions, a problem which is exaggerated when they’re going through crisis.

The Wildcard lacks clear goals in his separation, and so he has no way to focus and rein in his behavior. Instead, he feels even more out of control underneath the surface as he appears on the outside.

“How could she do this to me?”

This archetype is pretty self-explanatory… This is the husband who plays the role of the victim and plays it very well.

Ultimately, The Victim fails to recognize that self-pity is just another form of pride. 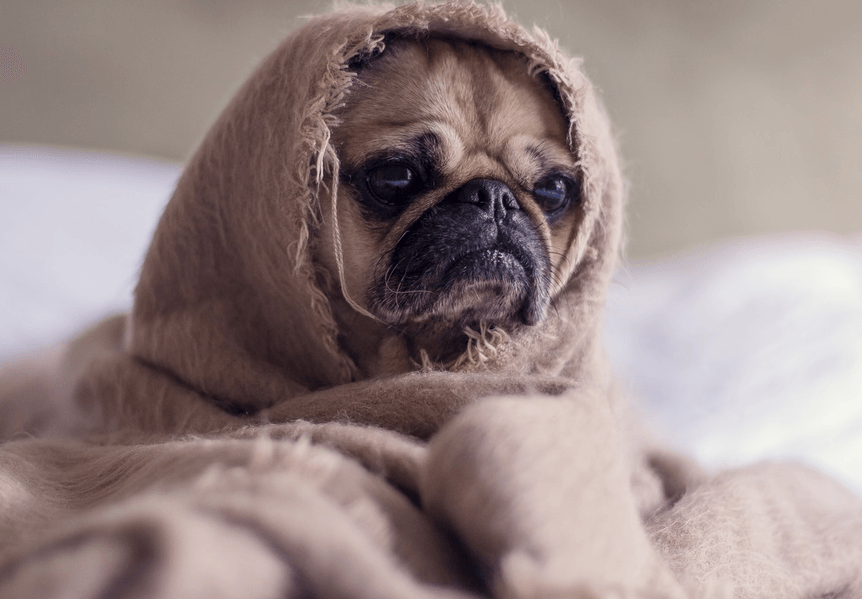 Even though many times The Victim’s feelings of being, well, victimized are justified, it doesn’t change that as a man and leader, you cannot afford to let your life get to this point.

You cannot afford to paint yourself as the victim to the point that you can’t see anything else.

In fact, many times, the more you deserve to be viewed as The Victim, the more important it is that you NOT let yourself think that way.

For example, if your wife is going through a Level III midlife crisis or she’s involved in an affair, then it’s crucial that you remain focused and set your feelings aside to be there for your kids. Usually, the more hurtful and destructive your wife’s desire for separation is, the more people there will be that need your protection and love. And, even if you don’t have kids, you probably have a job or other responsibilities that REQUIRE you to think clearly as a leader.

Victims can’t be leaders inside their marriage, and they will struggle to lead outside the marriage too as long as they keep this mindset.

Hands down, The Trader is the archetype which will result in the most frustration.

Want to feel like you’re banging your head against a brick wall over and over again? Let yourself be The Trader.

The Trader is defined by a belief that his changes should reciprocated and recognized by his wife. And it’s her fault if she doesn’t.

In other words, The Trader prides himself on making the changes needed in order to do his part in the reconciliation and marriage. Once he’s made those changes, he expects his wife to do the same. 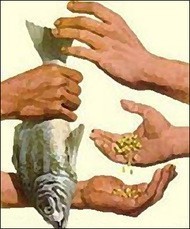 The hardest part is that The Trader KNOWS his marriage can be saved. He KNOWS that if his wife put in the effort, they could be happy. It’s so obvious to him that he literally can’t understand how she doesn’t see it the same way. Some common ways this will come out in practice:

Have you ever heard the phrase, “Insanity is doing the same thing over and over again expecting different results each time”?

Yeah, that’s The Trader in a nutshell.

Don’t get me wrong – The Trader is a very good husband. Objectively, this man is great at seeing changes that need to be made in himself. He is right that with his wife’s cooperation, the marriage could be saved.

The problem comes when his wife doesn’t see it the same way, because the hard truth is that sometimes your wife can’t see the marriage clearly until after she’s already left it. And even then, sometimes she’s just determined to remain cold.

The Good Leadership Archetypes:
The Strong Father, The Mystery Man & The Loyal Hound

We've just learned a lot about what NOT to do in your separation, and those "don'ts" can be inverted to give you an idea of what you should be doing instead:

If you like this sort of advice and find it helpful, you can learn more about the bad leadership archetypes and their more effective counterparts inside my separation survival course for men - Peace & Control.

Whether you checkout the course or not, I hope learning about these four bad leadership archetypes will help you get yourself back on track in your separation so that you have the best possible chance of leading your marriage through separation and getting your wife back in the relationship with you.