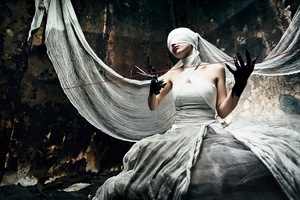 Are you struggling to put an end to your emotional affair?

Do you need help cutting yourself off from something that’s already gone on too long?

As you continue reading, you’re going to learn exactly how to end an emotional affair. I won’t lie – rebuilding trust will be an extremely difficult task. However, with a predetermined plan, specific goals and some good ol’ fashioned elbow grease, your marriage can return to its former glory and beyond.

This article is about the specific actions that a wayward wife must take to completely sever the extramarital relationship she’s entangled in. Ladies – this is how you can show your husband that he’s your top priority.

How to End an Emotional Affair in 6 Steps

None of these steps except the last one are optional. If your unfaithful wife can’t do these things for you, then emotional affair recovery will remain out of the picture. You’ll notice that the 6 steps listed here match up nicely with the 6 steps in how to survive an emotional affair, which is for the betrayed husband.

At the same time, you husbands reading this must be open to forgiveness. If you really want your marriage to move forward then you need a threshold over which you say “Okay, I believe you and I love you, let’s move on”. In other words, your wife needs to prove to you that she’s done with the emotional affair, but you also need to know [how to forgive an emotional affair].

Are we on the same page? Remember, these steps are for your wife, not for you.

Step 1.
Accept Responsibility, Even if the Marriage Wasn’t Perfect

However, an unhealthy marriage is NOT an excuse to cheat. Furthermore, an emotional affair creates distance in your relationship, making a happy marriage impossible.

In other words, it’s no coincidence that your spouse suddenly seems overwhelmingly inattentive when another man is hanging on your every word. It’s literally impossible to have a healthy marriage while one spouse is in love with someone else. It sounds so obvious, but it needs to be said.

If your marriage was so bad that you found yourself constantly feeling unloved and rejected, that’s not a problem to solve through an affair. Instead, as with any marriage problem, you bring it out into the open and address it for what it really is – a natural and expected part of any long-term relationship.

Husbands, your wife must admit that she was having an emotional affair. She must accept responsibility for it, and she should show remorse for what she’s done.

If this describes you, let’s move on.

The next step to end an emotional affair is a complete severance of the extramarital relationship. It needs to be cut out of your life like a piece of moldy cheese.

Ladies, it doesn’t matter whether it’s an old high school friend you’ve had for 20 years, or a coworker that you’ve only known for six months… Now that it’s moved past the boundary of friendship, the relationship is over.

Husbands, if your wife is unwilling to let go of the relationship, if she insists on remaining friends with the other man, that’s an unacceptable problem. If keeping a “friend” is more important than saving your marriage, what’s that supposed to tell you? It means she doesn’t really want to end the emotional affair.

But how do you totally sever the relationship? I know it’s the type of thing easier said than done, so the next 2 steps will show you exactly how to do it.

A No Contact Letter is exactly what it sounds like… A hand-written statement (important!) from your wife to the other man explaining that the relationship is over.

This letter should not be emotionally charged. It’s meant to be a simple, firm statement that the relationship is over; that it will not begin again; that it was wrong and that your marriage is now the top priority.

Here are three examples that you should feel free to use:

The No Contact Letter is almost always the final nail in the coffin of every emotional affair.

Step 4.
Physically Get Away

Sometimes, your wife may need to physically get away from the other man to permanently end her emotional affair.

This could be as drastic as your whole family moving to the other side of town or as simple as de-friending him on Facebook and deleting his number. It could mean a change of position at her job, or it could mean a new job entirely. You might need to find a different church or a different group of friends.

Whatever happens, the important thing is that she cuts him out of her life completely. Whatever it takes to make that happen is merely the consequence of the emotional affair.

There are two reasons that this is so important:

If you’ve made it this far in the emotional affair recovery of your marriage, you’re doing pretty well. If your wife has been willing and able to fulfill each of these steps, then the next two will be easy.

There is a light at the end of the tunnel… You’re almost there!

Step 5.
Accept Transparency (and don’t lie about it)

Your wife needs to accept that you will require full transparency for the next few weeks or months.

This means a few things. You need to be able to…

In situations where your wife has lied to you before, you may even require cell phone tracking to monitor her calls, text messages, and whereabouts. Or you might require computer key logging to monitor what she’s doing online and who she’s talking to.

Although not everybody needs to go to such drastic measures, you shouldn’t feel bad for asking her to put them in place. It’ll be worth it for the trust it helps your rebuild.

Keep in mind that the other man will probably attempt to contact your wife even after she’s sent him a No Contact Letter. He’ll want to tell her that it’s a mistake, that they weren’t doing anything wrong and that he misses her friendship. If he’s a real scumbag, he might even tell her that you’re being a bad husband by restricting her freedom.

Don’t let it get to you. However, she must tell you if this happens, and she must forcefully shut him down, or ignore him if possible.

If he persists and he’s married, don’t be afraid to contact his wife, although I’d recommend reserving this for extreme cases.

It’s no secret that I’m not a big fan of marriage counseling. Far too many couples mistakenly rely on it as the default medicine for all marriage problems.

That being said, marriage counseling can be a good idea when these conditions are met…

So, if you’re really struggling to get over the trust issues you have with your wife, marriage counseling may be a good place to address those. Independent counseling may also be helpful.

If you want a cheaper alternative to marriage counseling, I recommend this e-course on how to rebuild honesty and trust after infidelity.

Pat yourself on the back if you’ve made it this far. If your wife has been willing to learn how to end an emotional affair with you, the your marriage’s future looks very bright. It means that your wife is genuinely dedicated to renewing your marriage.

There’s a bright side to this whole mess. Every single couple that gets through emotional infidelity will find their marriage better than it’s ever been before. Seriously – every couple I’ve ever heard about or personally interacted with has a better, healthier marriage when all’s said and done, if they can get through the emotional affair recovery.

So, look to the future! There is hope, and you can still find ultimate happiness in your marriage.

I highly recommend you read through the rest of Emotional Affairs 101, especially how to forgive an emotional affair. Forgiveness and severance are the one-two punch that will save your marriage.

I sincerely hope that you’ve found this guide on how to end an emotional affair helpful.